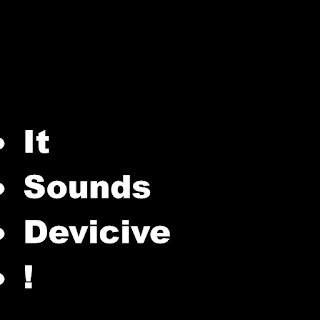 Pleased to be curating again at this year's FaB18 - Fringe Arts Bath Festival. I am curating the 'It Sounds Devicive!' exhibition. The opening night is 25th May and runs until the 10th June. I will be sharing details very soon, artists, venue and events. Visit HERE for more details and updates 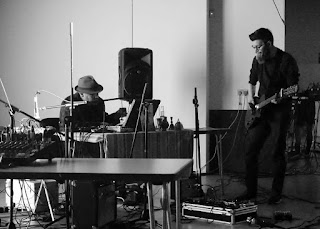 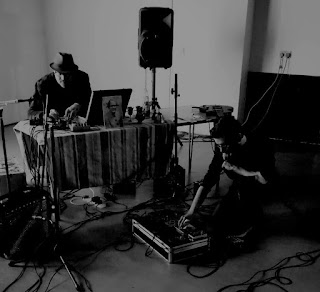 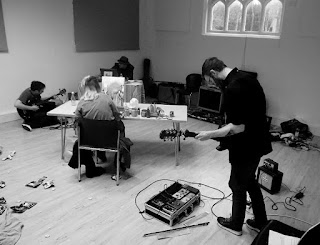 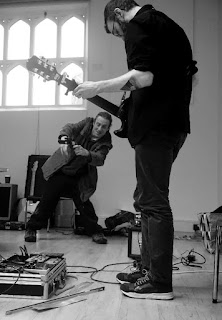 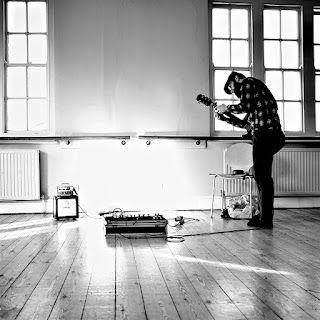 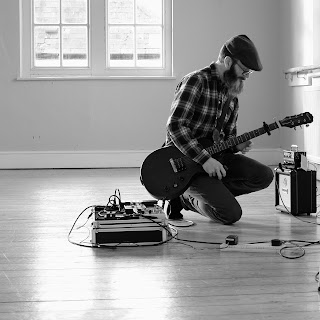 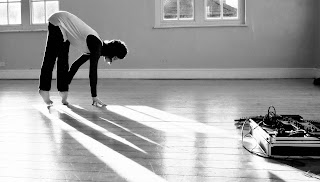 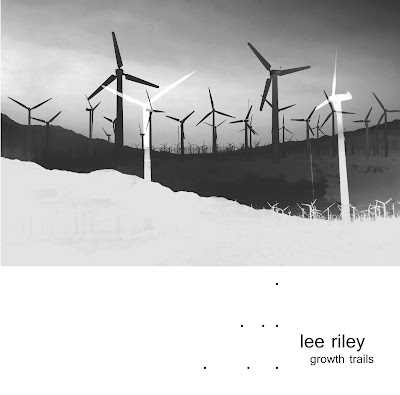 'growth trails' is now available on CD with new artwork by Ian Bruce - Get it HERE or at Truckstore in Oxford.

Also a couple of new/old recordings are now available on the iller eye bandcamp. 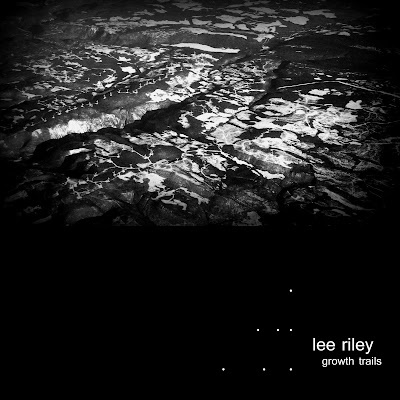 It has been 10 years since I started making music and to mark this I have recorded my first full length album. It is titled 'growth trails'. Over the past 2-3 years I have been playing shows and recording tracks that have had a free sound; improvising with prepared guitar techniques. On 'growth trails' I wanted document some of these techniques and try some new sounds. I am really pleased with these tracks, recorded in September and October with a good friend Mike Bannard. I have self released 'growth trails' through my own 'iller eye' imprint and the digital version is now available. I am currently working on a CD version which will be available soon. Stream and purchase the digital version below -

I have also contributed a sound collage (experiment) for a new compilation on 'Eyeless Records' a label ran by a good friend David K Frampton. The Compilation is now available for FREE but do donate and support the label. The compilation includes a great mix of talent David has worked with and who have helped shape his vision for the label. Get 'The Inhuman (V/A) compilation below -

This year is flying by. Been a bit quiet over the past few months, but got few things lined up in October and November. UNMAN have a couple of live shows in October and I have been working on a solo full length - Lee Riley 'Growth Trails' currently being mixed. More news soon...

I am very pleased that an old Euhedral track has been featured on the Unexplained Sounds Groups 'Analog 2020' compilation. These releases are ongoing sound surveys from around the world bought together by Raffaele Pezzella. The Euhedral track featured is 'Glass Formations' a track recorded in 2011 with Rich Aitken. You can hear and download the compilation below

Back from La Merica 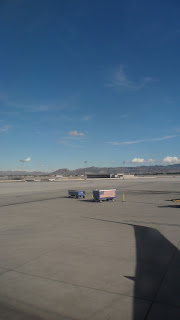 So it has been a while since I last updated things here. I have been away traveling America (La Merica) a pretty amazing trip, at times hard work but I experienced so much in a fairly short period of time. A couple of things happened whilst I was away. Photo by Lee Riley

Firstly, I have a track that has been featured on a special Compilation raising money for some good causes Helen and Douglas House (www.helenanddouglas.org.uk) and The Oxford Foodbank (oxfordfoodbank.org).
The Compilation is a selection of Oxfords electronic music scene called 'We Do Not Have A Dinosaur Volume 2' my track is a revised version of a track made last year called 'The Sun Sets High(er)' remixed by BNF (Broken No Fix) I have re-approached my own tracks before but I am very pleased with this and very happy it made it onto the Compilation. Stream the tracks below, but do download and donate for the good causes, thanks and enjoy.

Secondly, UNMAN my new project with Mike Bannard and Chris Pethers mentioned in a previous post. Released some new noise for you. We enjoyed making these recordings on Valentines Day so share some love with us below and we hope to gig again soon and record more beautiful noise again soon too.

I also hope to record soon too but in the mean time here is a field recording made whilst on my travels. And I will be playing with Mike and Chris's other band Masiro next month. 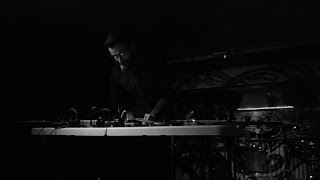 2015 was a blur, a lot happened. Noise was made in places, quite a few places both virtual and live. I have not posted any updates for a while. So to end the year I had a split with 'Robert Ridley-Shackleton' with our friends at Structured Disasters, I did a mystery collaboration with 'Peterson Ruiz' for Classwar Karaoke on there regular Survey Compilations. I was also featured on a new compilation 'The First Annual Review' from the Unexplained Sounds Group - compiled by 'Raffaele Pezzella' Sonologyst Listen or Download below, my track is number 61 an exclusive for the group entitled 'Nightcrawler' enjoy!

I played a couple of shows towards the end of the year, I supported 'Teeth of the Sea' at Modern Art Oxford for 'Burn the Jukebox' and played with 'Crush' at the Bucks County Museum, in Alyesbury for 'Structured Disasters'. To finish the year at the Library in Oxford with good friends 'After The Thought' and 'Kid Kin' for Tigmus. Great shows and really enjoyed playing.

So 2016... I hope to do more of the same with a few things already in the pipeline. More collaborations and shows. With a spot of traveling in America for a couple of months in March. Also a new project called 'UNMAN' with Mike Bannard and Chris Pethers (more info very soon) and to finish this post I was recently interviewed at 'Prepared Guitar' for there '13 Questions' feature. Thank you Miguel Copon. Also, thank you to all involved making 2015 a good year. Here's to another in 2016! 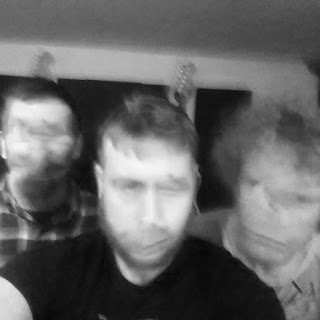 Photos 'Live at The Cellar, Oxford by Ian Bruce' and 'UNMAN' Selfie 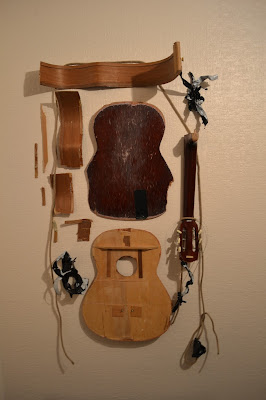 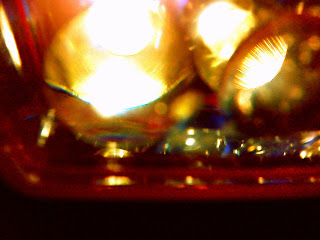 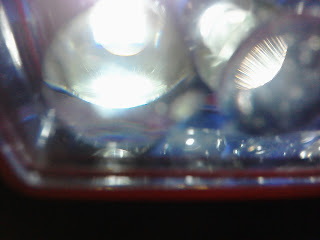 New sounds for you with new minimal 4 pedal set up. Here are 2 short sections from a session at home. Headphones or Big Speakers for full results.

The Shadow is What You Hear

The Shadow is What you Hear from Colin Lawson on Vimeo.

The Shadow is What You Hear - Animation is now online. My recent collaboration with Colin Lawson and Chante Inglis. The animation has been installed and screened at FaB2015 (Fringe Arts Bath) and recently at the CARU (Contemporary Arts Research Unit) 'Nothing Matters' event. Enjoy the full version now via Colin's vimeo, play loud through big speakers or through headphones for the full experience. 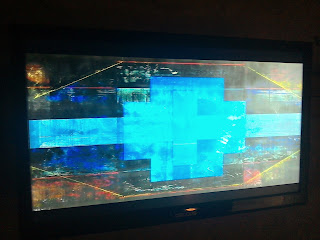